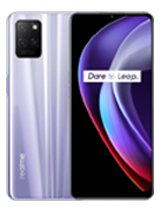 Expected Price of Realme in USD is $209.

Chinese company Realme is working on a C35 smartphone. The company is planning to unveil another smartphone of its C-series. The coming smartphone will be a budget phone of the series. Coming smartphone passed the Geekbench certification, and will be named as a Realme C35. The coming smartphone will be powered by the UNISOC chipset, this is a powerful chipset that is used in middle-class handsets. The Realme's C35 with this processor will provide the user with powerful results. The smartphone has got a 2.0 GHz Octa-Core processor under the hood of this smartphone. The Realme C35's going to have a 6.6 Inches big screen size and It will provide the user with full HD plus the resolution of 720 x 1600 Pixels. And there is an IPS LCD Capacitive Touchscreen display that is the latest one and well known for its outstanding results. This handset Realme sharp C35 will be paired with a gigantic RAM capacity of 4 gigabytes. The chipset and the RAM capacity of the device show that it will enable the user to execute things within seconds. The internal storage capacity of the smartphone is 64 gigabytes that are enough to store a huge amount of data for future use. The Realme is packing a Triple Camera in the back of the C35. The main camera is 16 megapixels, 5 megapixels, 2 megapixels. The selfie camera is 8 megapixels which will take wonderful pictures. The upcoming new C35 got a rear-mounted fingerprint sensor to protect your data from loss. And the battery of this C35 is 6,000 mAh is planted inside the belly of the new smartphone which is enough to keep running for almost one or two days of active use. Also, there is Fast battery charging in this C35. There is the latest Android 11 to run this new handset which is called C35 by Realme. Now Samsung and other smartphone companies will be looking to bring features like the Realme C35.