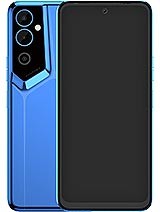 Tecno is preparing to launch Pova Neo which will have another Neo 2 variant with better features and specifications. According to reports, Tecno will introduce this new flagship in India but soon it could be available in other countries. The focus of this Pova Neo 2 can be on offering a high-quality multimedia experience and a longer battery life. Leaked information suggests that this phone will have a massive 7000 mAh battery. The Tecno Neo 2 will also feature a 6.82-inch IPS LCD screen which will be able to support Full-HD+ resolution to provide a better interface between the user and the phone. Now, let's move toward some more exciting features of this flagship. The MediaTek Helio G85 CPU, along with 4GB of RAM for the base variant and 64GB of internal storage, will power Tecno's Pova Neo 2 smartphone. Additionally, the phone will include 128GB of internal storage and 6GB of RAM for other variants. In the photography section it has a dual camera setup of 16 MP + 2 MP secondary sensor with an attractive design and at the front Tecno Pova Neo's punch hole camera of 8 MP captures beautiful selfies and records HD videos. It also has Compass, Fingerprint mounted on the rear side of the phone. The major addition to Tecno Pova's Neo 2 is the 7000 mAh super massive which is a plus point for a smartphone in this price segment. It also supports the super fast charging of 18W which allows the phone to fill its bigger battery within minutes. Android version 12 could be run as the operating system of Tecno Pova Neo 2. Overall the official launching date for another is not announced by the company but it is expected to be launched somewhere in 2023. Now Samsung and other smartphone brands could have a competitor when the new Pova Neo 2 by Tecno will be launched.