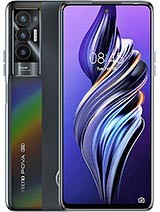 Tecno Pova Neo 5G - Amaze You With Its Powerful Performance!

Tecno is going to launch Pova Neo. This series will have a 5G variant. The POVA Neo phone was introduced by Tecno earlier this year in India and now brand also unveiled the Pova Neo 5G, a first-generation 5G smartphone, a couple of months later on 23 September in Indian markets. It is expected the phone could hit the Pakistani markets too. Now, let's move toward the amazing features and specifications of Tecno's Pova Neo 5G. The primary specifications are now being made public by Tecno. The phone's "punched" display and use of the Dimensity 810 processor have been confirmed. The teasers don't provide any further information. The Tecno Neo 5G hints that this smartphone could fall under the price bracket ofÂ POVA 5G based on its name. This phone alternatively can be the cheapest 5G device from the company. Tecno Pova's Neo 5G is expected to have a 6.8-inch IPS LCD screen with Full-HD+ resolution and a 90Hz refresh rate, according to rumors. After that device may include 4GB of RAM, 5GB of virtual RAM along with 128GB of internal memory to generate more power for the new Neo 5G. It has a 6,000mAh battery capacity, supports 18W rapid charging, and uses the HiOS UI Android 12 as its operating system. The phone is packed with a unique camera setup of 50 MP + AI lens and LED Flash and at the front, it has a 8 MP camera with LED Flash. As we know that the Tecno Pova Neo's been launched in India and the official launching date for other countries is not confirmed yet but it is expected to be launched somewhere in 2023. Samsung and other smartphone companies will face a competitor when Pova Neo 5G by Tecno will be launched.